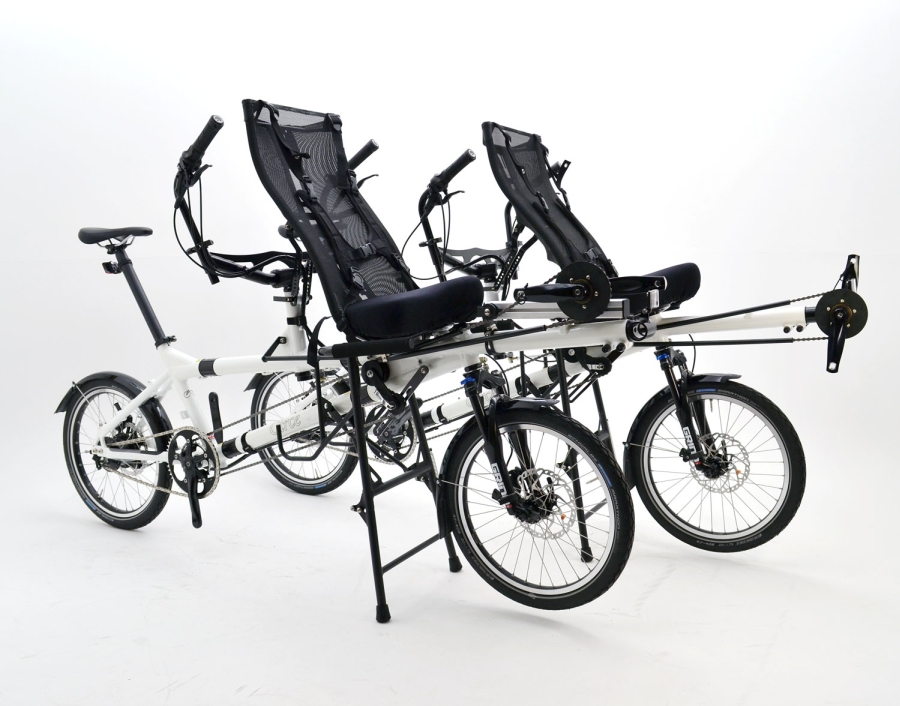 Travelling with tandems – no 2

Travelling with tandem bikes, particularly by plane, is a significant deterrent to more adventurous use. The in-house designed coupling system we developed for the Circe Helios tandem has proven popular and facilitated some extraordinary bicycle adventures.

We’ve now incorporated the separable feature into both our Morpheus and Eos travel tandems to allow packing them safely into a suitcase or suitcases. The packable feature also simplifies transporting a tandem on trains, buses and cars.

The two Morpheus Aurora tandems in the photo have been built and specced for a young European family doing an epic year long touring adventure through the Americas. Interesting adaptations include the Kiddy System and specially in-house shortened cranks, both of which feature a freewheel system so that the front rider does not have to pedal.

A family cycling adventure in which we are excited to be involved and greatly look to following.